Show #1 - SWV, Verzuz and that time when hip-hop was banned

Leave Your Reaction To This Article

Sir Daniel and Jay Ray are giddy and unafraid to talk about it. They dive into the iconic Big Daddy Kane and KRS One Verzuz. Did hip-hop really win the night?

Roxanne Shante really had a moment at Verzuz. Also, ABC recently aired The Real Queens of Hip-Hop special.  What did they think? Tune in and find out.

Is it inspiration, or is it imitation that’s created your newest favorite song? The growth of TikTok began in 2017, and became the latest juggernaut used by the music industry to determine what is a hit, or even create them. Artists are having to choose between being original or being viral, and it’s impacting how they create and how we listen. We’re going to talk about Black music in the Tiktok era.

Joining us for this show is Queens-bred MC, Medino Green, as we continue to celebrate #Pride2022. Green’s new single “CLAP” is out now!

In 1992, about Yo-Yo’s sophomore record, Joan Morgan wrote in Spin Magazine “One year later, her outrage continues to provide a voice for those who lack a means of expression, especially when life explodes in their faces and outside their doors.” Because of how much hip-hop has changed, and how quickly, the album “Black Pearl” has been largely lost to history. That’s where Queue Points comes in. We are reminiscing about a Black hip-hop feminist classic, “Black Pearl.”

Also, it’s Pride month, and we are going to be discussing the seminal classic “I Was Born This Way,” the first song to feature lyrics about being an out and proud gay man. Performed, in its original form, by Charles Valentino and made again by Carl Bean, the song has a long and interesting history worth revisiting.

There’s so much to be said about Mary J. Blige. In so many ways, she’s an artist who beat the odds. Underestimated early in her career, her ability to triumph despite that is the stuff of legend. On the eve of her 2022 Billboard Icon Award, we’re discussing her career in the way that only we can. Joining us on our journey is our special guest, Adrian of Adrian’s Playlist of Conversations podcast. Come with us on our journey into the legacy of the Queen of Hip-Hop Soul.

Have you ever been in the gym, and your song comes on? You are suddenly able to power through without any hesitation, right? It’s exhilarating! There are some musicians who have made music for the gym, and others who have made fitness part of their brand. On this episode of Queue Points, we’re discussing artists who have been on the forefront of the fitness revolution.

In this show we also remember André Leon Talley's influence on our lives, as well as share our top six hip-hop workout songs. 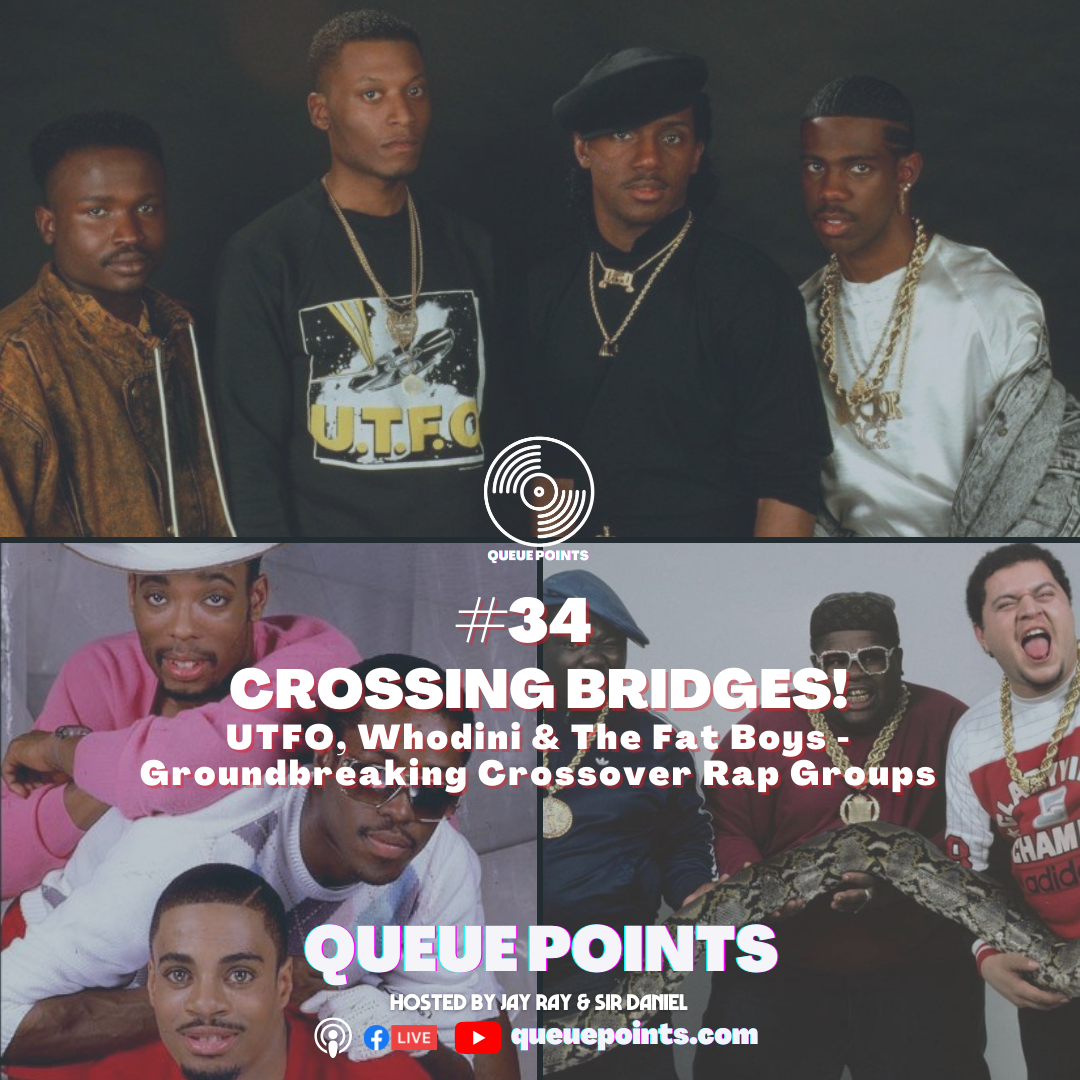 In the early 1980s, as hip-hop as a cultural juggernaut was taking shape, talented and diverse acts were springing up from New York City and the surrounding areas. Three acts that emerged in 1983 went on to help shape the future of the culture, by being among some of the first to crossover to mainstream Pop success. For this show we’ll honor the influence of Whodini, UTFO and The Fat Boys. 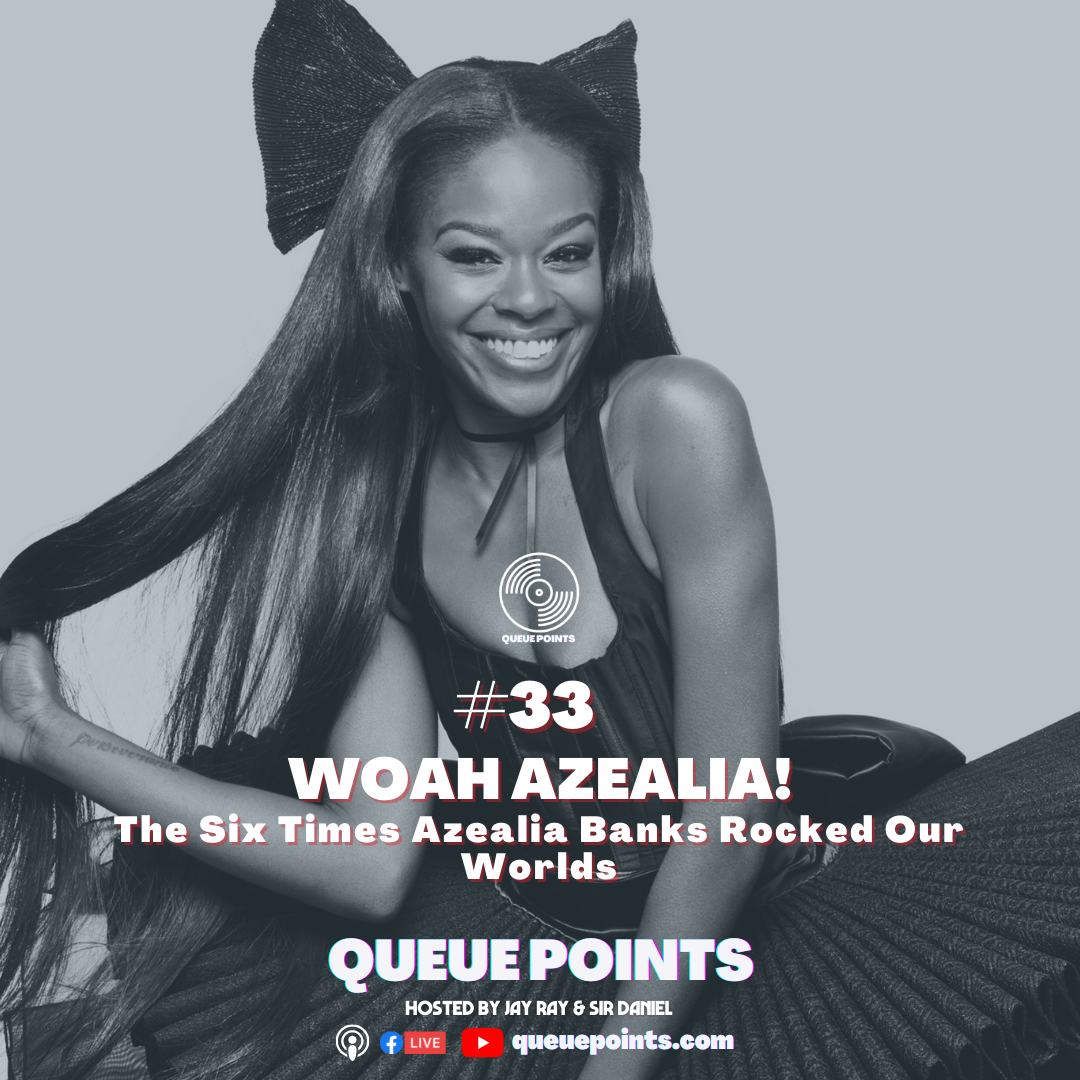 Azealia Banks' name is often synonymous with controversy, given her busy Twitter fingers. But, also, in her decade on the scene she’s made innovative and influential hip-hop and pop music. This episode, we are diving into Banks’ musical output so far and sharing some of our highlights. 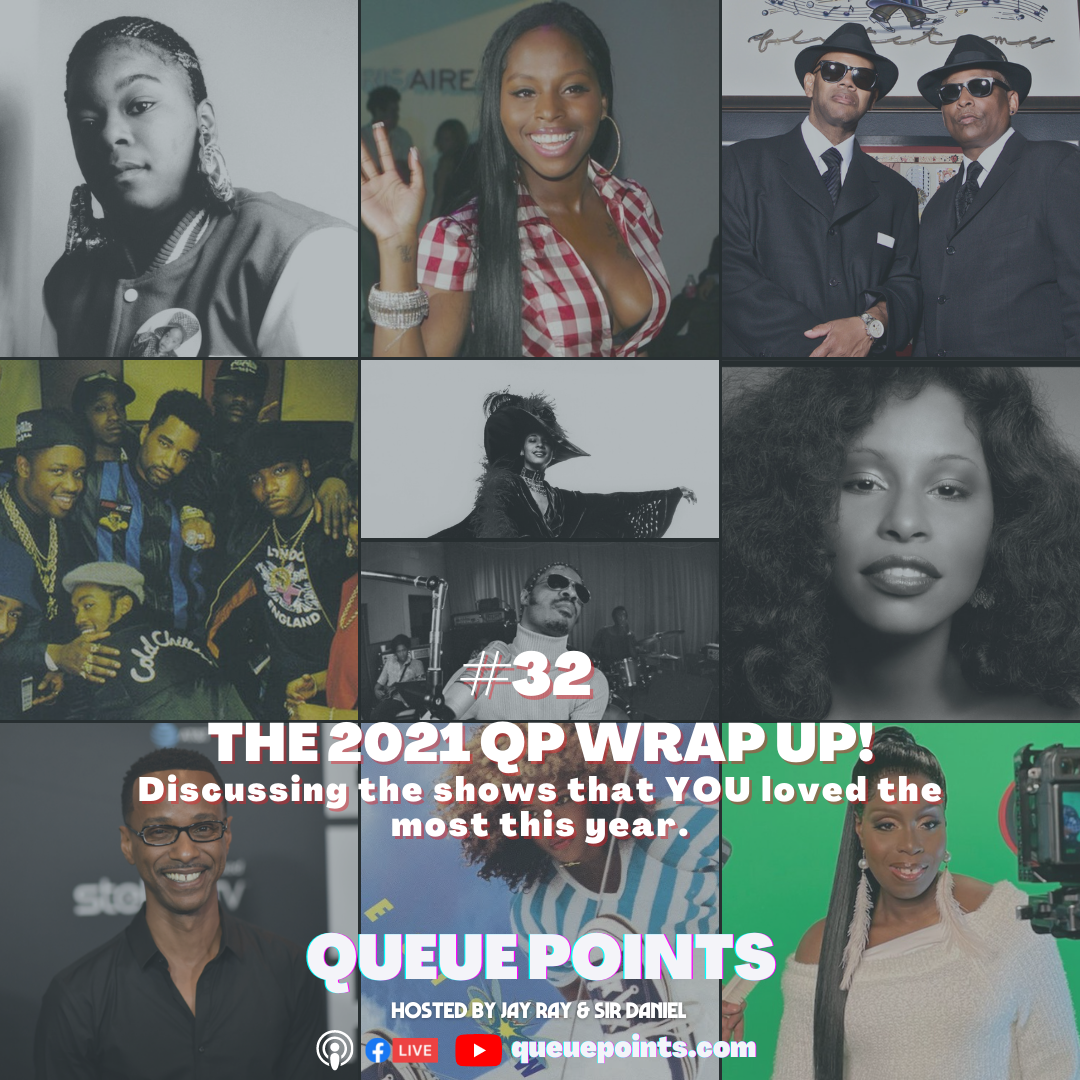 So the numbers are in, and you watched over 10,000 minutes of Queue Points on Facebook! We are so grateful, and for this wrap up we decided to compile moments from your favorite shows to end 2021. Did your favorite make the list?

The unfortunate passing of fashion designer Virgil Abloh has saddened the QP crew. This week we are talking about iconic fashion brands of hip-hop. These are the brands that were not only made by hip-hop, but made hip-hop iconic.

We discuss the important legacies of Cross Colors, Karl Kani, Walker Wear and Maurice Malone and his Detroit store The Hip Hop Shop.

Queue Points is back! DJ Sir Daniel and Jay Ray are rapping about this week's topics including the death of Chucky Thompson, Hip-Hop's birthday, and Beyoncé's Harper's BAZAAR interview.

The Queue Points crew is still heartbroken over the recent death of Biz Markie, and are struck by the number of Golden Era figures who we've lost in recent months. This very special show is a conversation on wellness in hip-hop.

On this show we will have our weekly round up of all of your favorite topics from the Queue Points perspective. For this round up we chat Saweetie & Donna Summer, what happened to A&R in music? and the BET Awards.